The Mark and Randi Ravitts Woodworth Award for Young Conductors 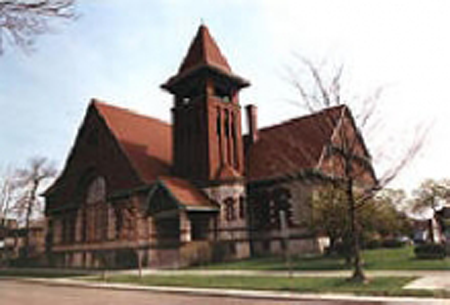 The Handel Week family is delighted to announce Andrew Major as the Mark and Randi Ravitts Woodworth Young Conductors awardee for the 2023 Festival Season! Here is a little about him: 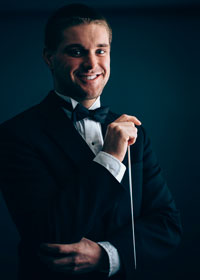 Andrew Major is a Doctoral Candidate in Choral Conducting at Northwestern University's Bienen School of Music where he was a Thomas R. Kasdorf scholar studying under Grammy Award-winning conductor Donald Nally. At Northwestern, Andrew most recently served as the assistant conductor of the Bienen Contemporary/Early Vocal Ensemble (BCE) and sang with BCE, University Chorale, and the Recital Chorus. He has also served as the conductor of NU Camerata, the choral department's non-major treble choir, and as the assistant conductor of the University Singers. He has also conducted performances with the Renaissance Singers and the Undergraduate Company of Opera Singers, and served as the chorus master of Northwestern Opera Theatre's pioneering, remote production of Monteverdi's L'Orfeo. An active singer, Andrew has performed with the Grammy award-winning choir The Crossing, the Grant Park Chorus, Stare at the Sun, and the Calyx Ensemble and is currently the tenor section leader at Glencoe Union Church. Andrew is assistant conductor of the Apollo Chorus, the city's premier volunteer choir and oldest musical institution, who he will help to prepare for performances of Mozart's Don Giovanni and La clemenza di Tito with the Chicago Symphony Orchestra, conducted by James Conlon at the Ravinia Festival.

Andrew is the artistic director and conductor of Roots in the Sky, Montana's only professional chamber choir, and an ensemble dedicated to performances contemporary choral works. Andrew founded Roots in the Sky in 2012 while attending Montana State University, where he earned a B.A. in Music, a B.S. in Cell Biology & Neuroscience, and an Honors College Baccalaureate, summa cum laude. In 2016, Andrew was honored with an MSU Award for Excellence, awarded to 40 of MSU's top seniors for academic excellence, campus leadership, and community service. At this time, Andrew was also awarded the Torleif Asheim Community Involvement Award which recognizes one student from each college for community involvement.

Most recently, Andrew founded Ensemble Affekten, Chicago's newest early music ensemble dedicated to intimate scale vocal works from the Middle Ages through the Baroque. Through narrative programs that recontextualize the ways that early composers married text and music to arouse emotions in their audiences, the group is committed to making this rich body of works relevant to the world in which we are living in a way that goes beyond its existence as a historical artifact â through rhetoric, storytelling, and style. Andrew participated as a conducting fellow at the 2015 Westminster Choir College Choral Institute studying under Simon Carrington and at the Big Sky Choral Initiative in 2015, 2016, and 2017 with Donald Nally. Additionally, Andrew conducted as part of the American Choral Directors Association's National Conference Masterclass with Ann Howard Jones and Jerry McCoy and in masterclasses with Craig Hella Johnson, Matthew Halls, James Jordan, Robert Harris, and Andrew Megill.

The Application Form is available HERE